A leading provider of rehabilitation products and services, including prosthetics, wheelchairs and occupational therapy, recognised that it had to maximise its teams’ effectiveness if it was to flourish in an increasingly difficult market. The firm was heavily dependent for its business on the NHS, whose resources were becoming more and more constrained and which needed to control costs ever more tightly.

A further problem was that a large proportion of the company’s staff were embedded in some 40 clinics around the country. Achieving consistency of delivery, message and style was much harder than for organisations with a centralised structure.

In such circumstances, it was vital to ensure that every manager and supervisor was capable of articulating a vision and direction, gaining the co-operation of staff and dealing promptly and effectively with performance issues – all of which are essentially about communication.

The company brought together more than 40 senior players from across England and Wales and charged VOX with strengthening their professional personae, their influencing skills and their ability to exercise authority well.

Using theatre techniques to present scenarios that were familiar to all the course participants, four coaches from VOX explored the communication aspects of these fundamental issues:

As well as the collective experience of the plenary sessions, participants took part in small-group sessions that enabled them to focus in on key points, practise communication techniques and receive individual feedback. VOX’s overall coaching provision was varied, inventive, intense and highly enjoyable.

The company is always likely to be vulnerable given the extent of its reliance on a single client. Nevertheless, its judgment was that VOX’s input would make an appreciable difference to the way managers and supervisors led their staff. As is almost invariably the case with VOX, the written feedback from the participants themselves was uniformly positive. As well as developing their practical skills, this normally dispersed group gained confidence and motivation from coming together in this way. The company itself appears to be stable, and VOX is confident that it contributed to its resilience. 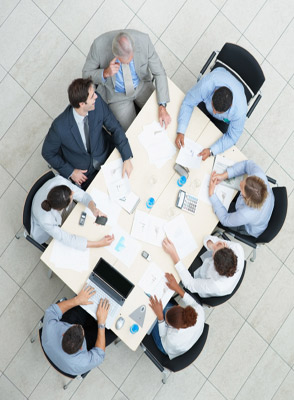 As is almost invariably the case with VOX, the written feedback from the participants was uniformly positive.