A senior academic was acutely aware that he needed to perform exceptionally well in a forthcoming interview for a multimillion-pound research grant. He knew his subject as well as anyone else on the planet and he was an accomplished speaker. Nevertheless, he felt he could boost his chances of securing the grant by further developing his communication skills.

In subsequent years, as his research progressed, he found himself increasingly in demand: his university wanted him to appear on camera for its website and YouTube channel; a radio station was keen to interview him; the organisers of a briefing for national science journalists asked him to give a presentation; a highly prestigious global forum invited him to speak. On each occasion, he wanted to make sure his communication skills were up to the task.

The same was true when it came to bidding for national funding for the training of PhD students. There was stiff competition, but he was determined to beat it.

The academic initially turned to VOX when he was facing a vital research grant interview. He did so again as other personal Everests came along. His coach rapidly became a trusted adviser, creating a ‘safe’ space in which to explore both general communication needs and the specific challenges that lay ahead.

Taken as a whole, the coaching to date has focused on such topics as:

The academic was already a strong communicator when he first approached VOX. But he recognised that it would still benefit him to collaborate with an expert in face-to-face communication - just as Roger Federer retains a tennis coach even though he's long been at the top of his game.

There’s no way of knowing how the academic would have fared without VOX’s input, but we think we played a part in his success in each of the challenges he faced. He thinks so, too. We look forward to providing further support as his career continues its upward trajectory. 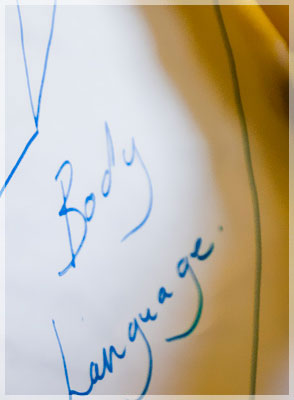 The academic initially turned to VOX when he was facing a vital research grant interview.